Hanuman and Ganesha are perhaps the two Gods / deities who are more powerful and cherished and loved more than any other in Hindu mythology. In this post we will look at the importance of Hanuman.

Hanuman is worshiped on Tuesdays (for Mars) in North India and Saturdays (for Saturn) in South India. Worship of Hanuman gives us protection from and blessings of the following: 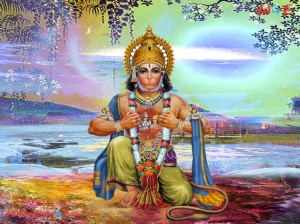 5 thoughts on “Glory of Hanuman”